Trevor Evans is the town's bus driver and former auxiliary fireman with the Pontypandy Fire Brigade.

He is known for his fondness of cricket, his awkward manner and general bad luck streak, but nonetheless exhibits a great devotion to the welfare of others (especially Dilys). From the Series 5 onwards, Trevor is no longer an auxiliary firefighter, but he is still the bus driver and the spark between him and Dilys still holds strong.

Episodes of Trevor Being a Auxiliary Fireman

In the CGI series it has been stated that he works as a volunteer firefighter. 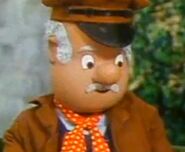 Trevor in the Original series 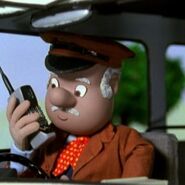 Trevor as an auxiliary fireman in the original series

Auxiliary fireman Trevor Evans with Sam in the original series

Trevor driving his bus in the old series 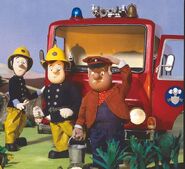 Trevor with his binoculars in Twitchers in Trouble

Trevor driving his bus in Fields of Fire

A Promo of Trevor and his bus in Series 5

Trevor driving his bus in the CGI series

Trevor singing on top of Jupiter 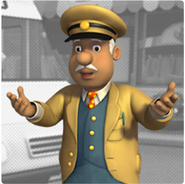 Trevor in the CGI series 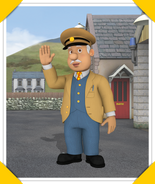