Jupiter is the main fire engine of the Pontypandy Fire Station. It is driven to emergencies mostly by Fireman Sam, though the other firefighters have driven it as well.

The pride of the Pontypandy Fire Service, Jupiter is always on hand to attend all manner of disasters. Expertly driven by Sam and the crew, Jupiter is a welcome sight to anyone in trouble. Always clean and shiny, Jupiter's bright red paintwork and flashing blue lights are a clear sight that help is on the way.

Jupiter in the original series 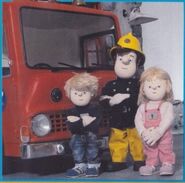 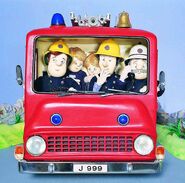 Hose reel locker with a gas detector in instead

Sam and Jupiter in Series 5 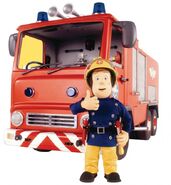 Sam and Jupiter in a promo

Sam, Elvis and Penny in Jupiter 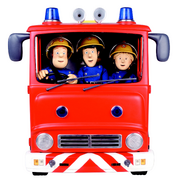 Another shot of Sam, Penny and Elvis in Jupiter 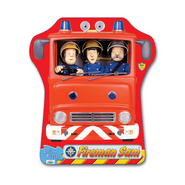 Jupiter turning on the turntable in the Series 5 intro

Jupiter with a punctured tire

Jupiter stuck in the mud

Hose in one of Jupiter's lockers

Locker with helmets and rope

Jupiter in the CGI Series 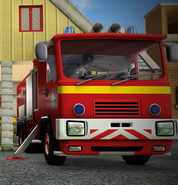 Jupiter and the Pontypandy Fire Brigade

A locker with a bucket of sand

One of the lockers

One of the lockers with a cream band fire extinguisher

Jupiter in Heroes of the Storm

Jupiter & Venus about to exit from the new Fire Station

Elvis and Arnold onboard Jupiter

Elvis and Ellie onboard Jupiter

Jupiter arriving at the Veterinary Clinic

Jupiter in pursuit of the burning train

Jupiter in Castles and Kings

Jupiter in Pontypandy in the Park 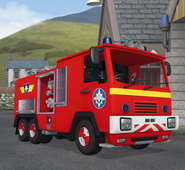 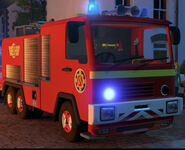 Jupiter on its way

Jupiter in a CGI pilot 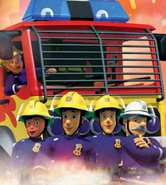 Worried FireFighters (with Jupiter in the background)

Trevor singing on top of Jupiter 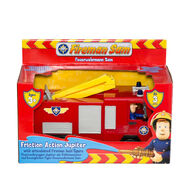 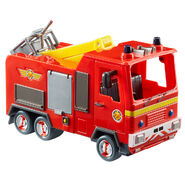 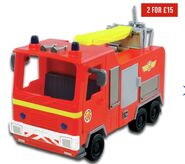