Ben Hooper is the coastguard in Pontypandy.

After he completed his basic nautical training, he was employed by the new Ocean Rescue Centre in Pontypandy in Series 9.

He arrived at the quay in Tom's Helicopter, just as the firefighters arrived for their tour of the centre. Upon his arrival, it appeared that Penny and Bronwyn had instantly taken a shine to him.

Ben is now in charge of the Ocean Rescue Centre and he is the regular driver of the firefighting boat, Titan. It seems that Penny Morris currently has a soft spot for him. 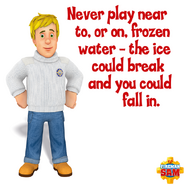 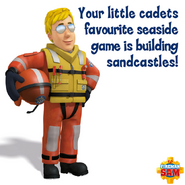 Ben hurts his shoulder while paddling

Ben watches the flare that Hannah fires from Pontypandy Island

Ben in his ocean rescue uniform 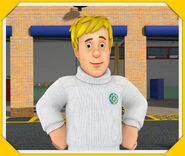 Ben, Penny and Mike in Neptune