Alien Alert is a feature-length special. It was released in UK cinema's on the 17th of June 2017 and was released on DVD in the UK on October 2nd.

Pontypandy is hit by a raft of UFO sightings and Fireman Sam is determined to get to the bottom of this mystery. 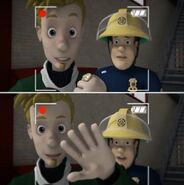 Buck interviews Sam, for later cut it off

"The Alien" tries to escape...

...But ends up being caught by Sam 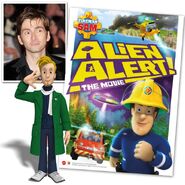 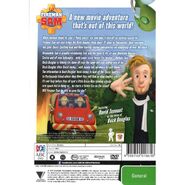 Back of the Australian DVD box

Add a photo to this gallery

Retrieved from "https://firemansam.fandom.com/wiki/Alien_Alert?oldid=35773"
Community content is available under CC-BY-SA unless otherwise noted.