What's on your mind?

Do think Jodie Phillips( Ellie sister) will appear for first in in episode Norman and the sea or episode stand up and be rescued.

Please answer ASAP my comment to tell which of these too episodes Jodie Phillips(Ellie sister) will first appear in.

I wonder why Tuesday 26 October 2021 is named stand up and be rescued.

Please answer ASAP to say why Tuesday 26 episode named stand up and be rescued.

At 2:10 what does elvis say is favourite flavour to Ellie.

Why are only showing episode 9 hold your horses on Monday 25th October and episode 10 stand up and be rescued on Tuesday 26th October 2021 on cartoonito. When in November will show episode 11 an 12 on cartoonito. 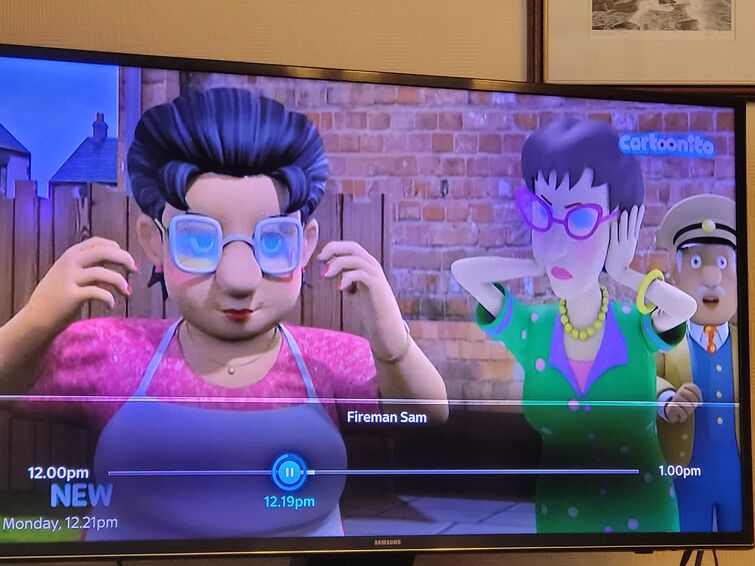 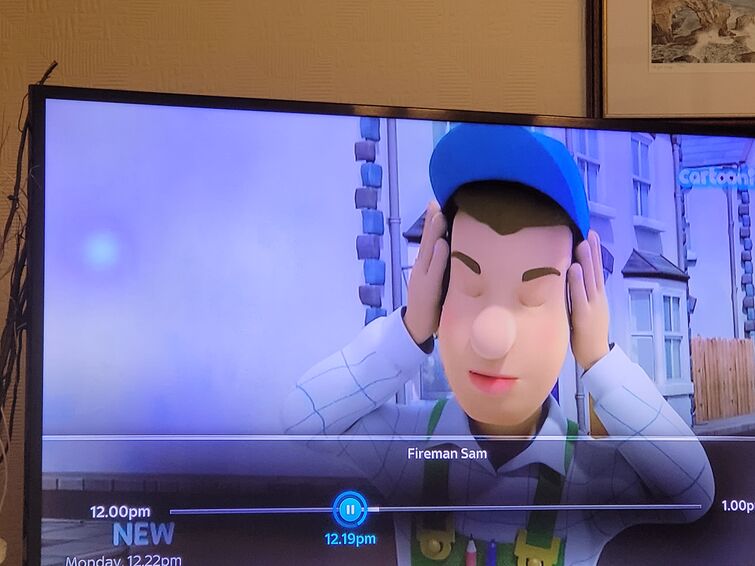 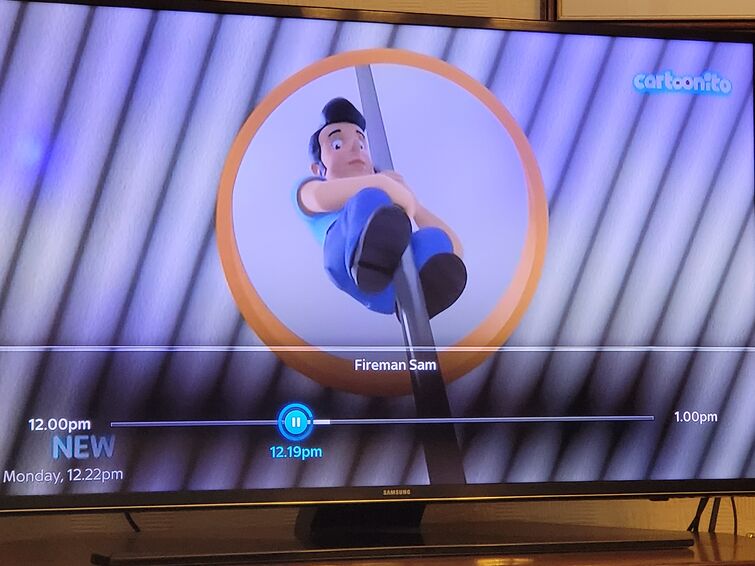 Do think these three photos above are from series 13 fireman sam.

Hello @Fireman Fan 152 I need you to upload to the wiki two promo images of Fireman Sam that thumbs up from the CGI series please!!!!! 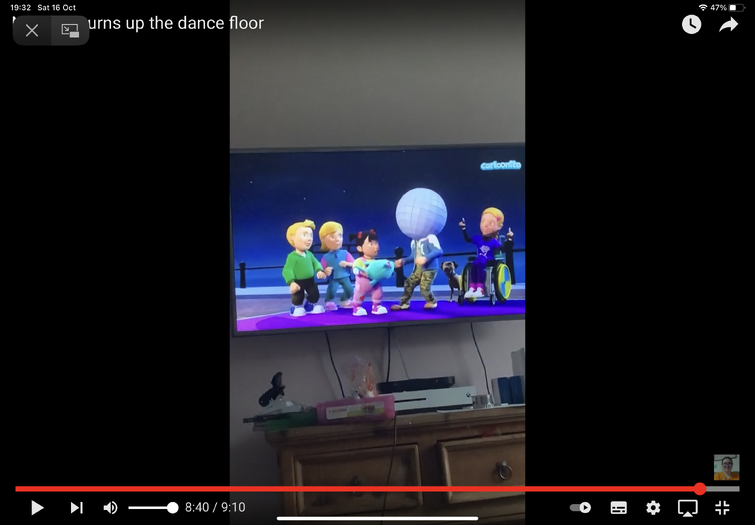 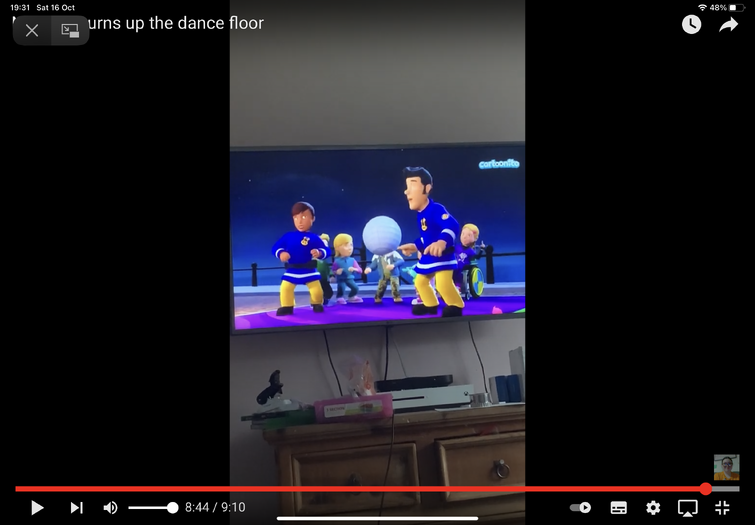 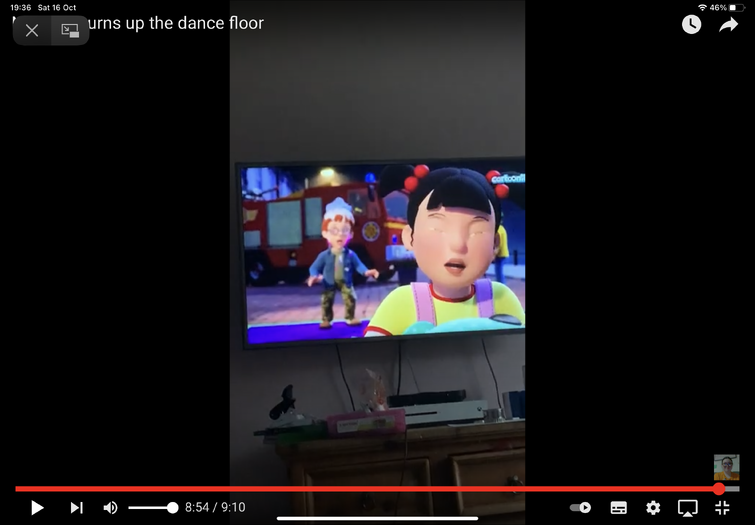 I seen an mistake in Norman burns up the dancefloor in once scene where Norman is dancing with lily Chen he has disco ball cake decorations on his head even when penny and Sam was giving an tell of f for case an fire be turning on the smoke machine but in scene when elvis slip on some frosting and Sam end up catch Ellie the disco ball cakes decorations is not on his anymore.

So, this is kind of a sequel to the animation rating post. Basically it's the same but it's just for the Season 13 animation.

This animation looks nice. IMO it's like a mix between season 11 & 12. I also think the characters are even more expressive than last season. The colors do seem a bit darker and the shadowing is a bit different. I did notice that the eye color got brighter and the pupils got smaller. 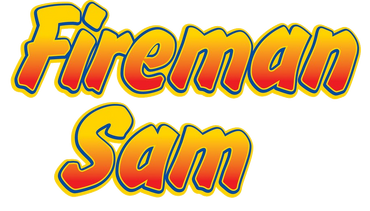 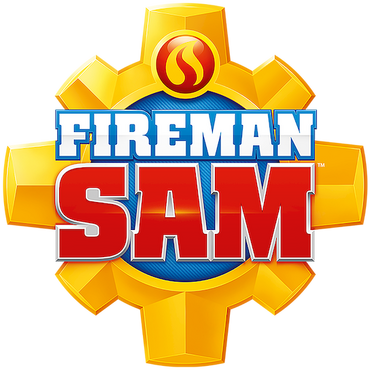 series 10 to the present

or a mix of all of them 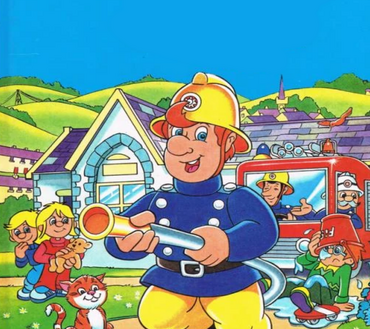 or customise your own version 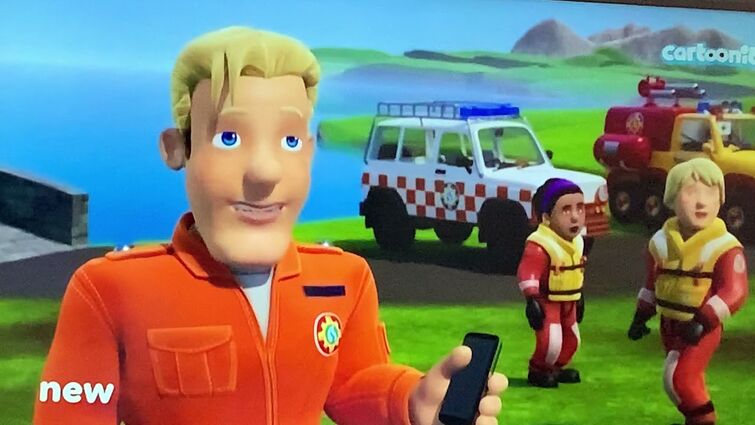 Pioneer party
Sparkes in the sky

BTW, this was uploaded by a different user so I'd suggest subscribing to them just in case. 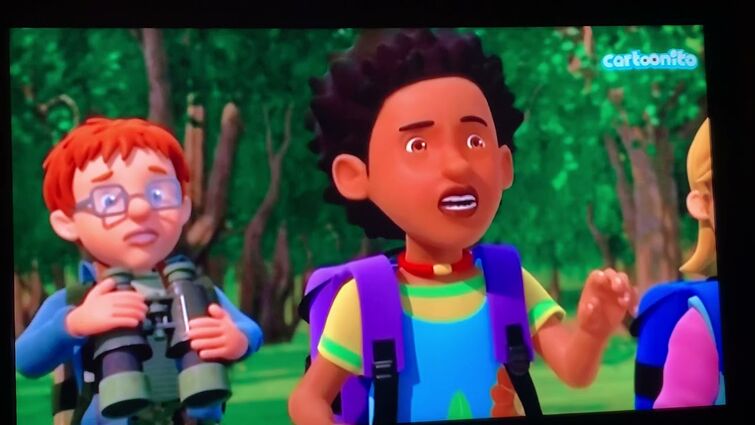 Hoooooo boy it's been a long time.

Steele and Boyce were drinking tea in Steele's office. It had been a quiet evening at the fire station, mostly because there was filming at the quay. Though, things just felt...different, ever since Sam got fired. There was no where near as much chit-chat and the crew felt a little gloomy. Steele was thinking about his and Boyce's decision that morning.

Steele: *sigh* I still don't know about our decision.

Boyce: I'm sorry, Norris, but you know it had to be done.

Steele: I've known Sam for years, he was my best firefighter, he would never make a mistake like that. Especially if it meant putting people's lives at risk!

Boyce: I know, it is very strange. But, risking other lives isn't a thing firefighters do, even the best of the best.

Steele: But what if we're wrong? We didn't even investigate! What if it wasn't him?

Suddenly, the phone rang. Steele went to pick it up.

James: Station Officer Steele! I have some very important information for you!

Steele: Oh, James! I'm surprised. What is this important information?

Steele takes a sip of tea.

Shocked, Steele spit out his tea, much to Boyce's surprise.

Steele put the phone on speaker so they can both hear.

Steele: How do you know this is true? Do you have proof?

James: Yes! Sarah, Mandy, and I just got a recording of Flex gloating to himself! Here, listen!

Steele and Boyce both lean in to listen better.

Flex's recording: "You, big guy, are awesome! World, prepare to meet, the new hero next door! *chuckles* All I had to do was loosen a few bolts, cut a few safety lines, and get rid of that dude, Fireman Sam! Oh, look what happened! I'm gonna be number one in the box office!"

Steele and Boyce gasp. They couldn't believe it.

Steele: James, thank you for sharing that information, we'll be sure to inform Sam as soon as possible.

As they hang up, Steele and Boyce were still shocked. Steele knew it was too bad to be true, somebody else caused the incident.

Steele: We have to tell Sam right now!

Boyce: It's a bit late, maybe we should wait until tomorrow. He's probably asleep by now.

Steele: Hmmm...you are right, he doesn't have any night shifts right now.

Steele and Boyce decide to wait until the next morning. A few minutes later, the Map Screen starts beeping.

LINK ONLY ONCE THE LINK IS UP DONT COMMENT HERE